FREE Shipping on orders over $250! 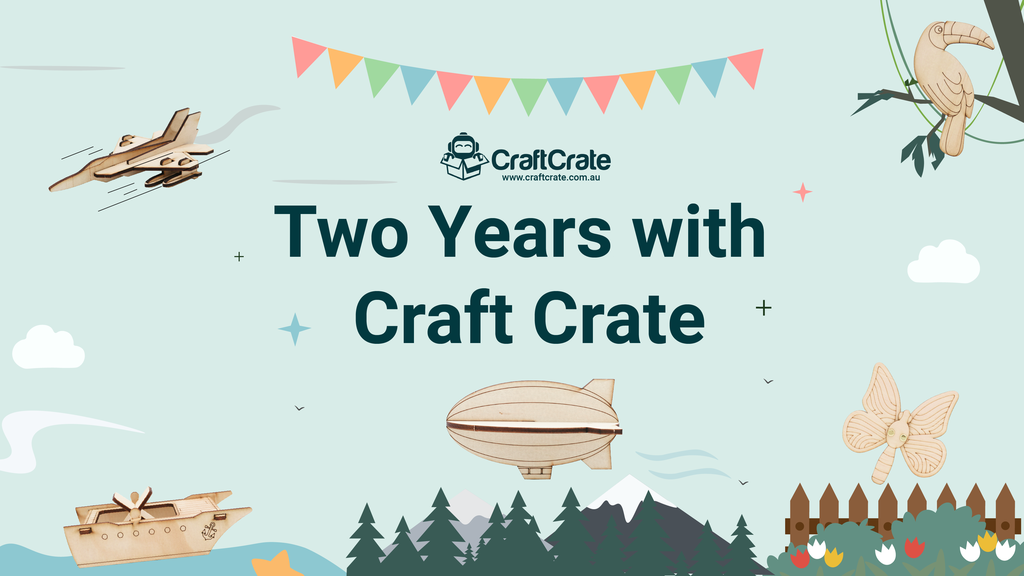 It’s fair to say it has been an eventful last few years. No one could have predicted the position we would all be in and continue to fight through on a global scale.

And while a lot has changed, your support has been immense.

We at Craft Crate are so grateful to the wonderful community of OOSH/OSHC who have helped our business take off and grow.

And while celebrations won’t be exactly what we were hoping for, we would just like to say a massive thank you to all the directors, supervisors, educators and support staff out there.

Craft Crate certainly would not be around without you.

And as it's our birthday we would like to share some of the defining moments in our journey so far, as we look towards the future and many more birthdays to come.

At a cafe tucked away in the outskirts of Ryde, Andrew persuaded Brad to join him for a chat. Being friends since 2002, it was rare to have such a formal meeting.

Through cappuccinos and banana bread, Andrew explained that he was impressed with Brad’s skills with the laser cutter. A week prior, Brad had cut and assembled small catapults and brought them into work, much to the excitement of the children. Sweating profusely and stumbling over his words, Andrew’s initial business proposal could have been mistaken for a real proposal.

Andrew praised Brad for his creative flair and hands-on approach to life, and how his own skills in marketing and technological prowess would be complementary in a business setting.

There was no bended knee, but upon Brad accepting Andrew’s business venture, both were brimming with excitement.

By the time the final dregs of coffee had been slurped, Craft Crate was born. 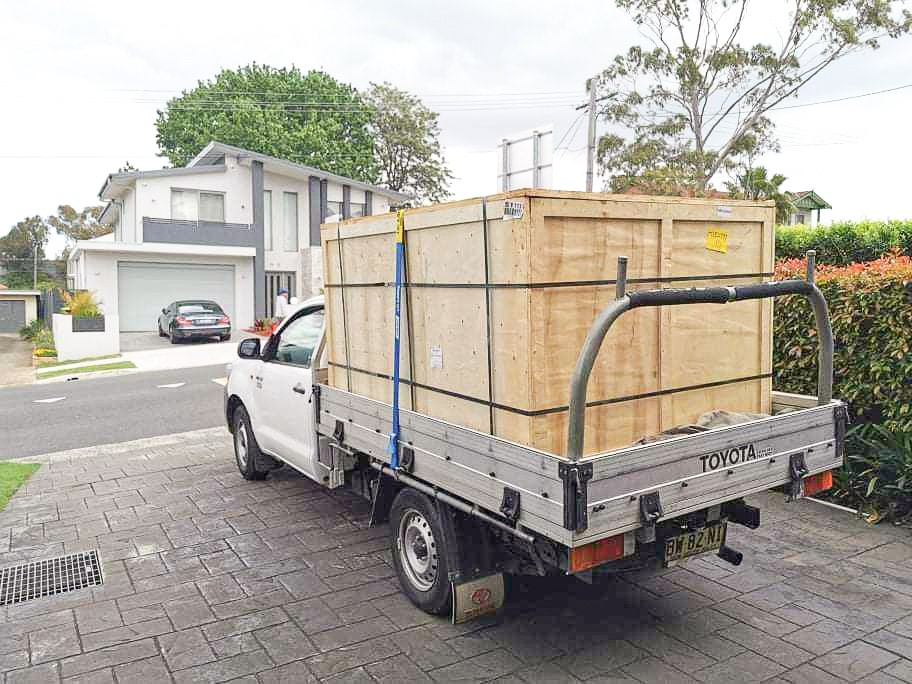 The first few months of Craft Crate were difficult, as they are in every business.

Bessie, Brad’s laser cutter, produced just 3 catapults every 45 minutes which was fine at the time. But as orders steadily came in and the business started to grow, it was clear she wouldn't be able to keep up.

In order to reduce costs, Betty was imported from overseas and took over a month to arrive. But once she did, Brad borrowed his Grandfather’s ute to pick her up and bring her back to Craft Crate HQ.

However, upon arriving at the warehouse and seeing Betty mounted on a forklift, it became apparent the pictures online were not a fair indicator of just how big Betty was.

Doing some mental calculations, it didn’t take long for Andrew to deduce that the ute would be no match for Betty’s immense size. Suggesting they come back another day with a different ute seemed a likely compromise.

But not for the forklift operator.

Swiftly, and with the swagger of a basketball player about to nail the game winning shot, he lined Betty up with the ute and plonked her in the tray, with literally millimetres between her and the filthy sides of the ute.

Weighing down the vehicle substantially, yet mission accomplished, the boys left the warehouse with their newest addition to the family snuggled securely in the back.

Since her arrival, Betty was easily the hardest working team member, producing 32 catapults every 45 minutes, more than 10 times what Bessie was capable of.

To truly test her worth, Andrew and Brad decided to push her limits and make as many free sample boxes as possible during the term.

Every time we do free sample boxes we are reinvesting our money back into the business in the hopes of growing and providing the most value possible. Therefore, Betty was sure to have her work cut out for her.

And so were Andrew and Brad. Tales of hard work and determination are demonstrated so often in stories they have become somewhat of a cliche.

But when I say I have never seen two people work so hard and repeatedly run themselves into exhaustion for the sake of their community, I’m not exaggerating.

Up until this point, we had increased the number of sample boxes per term.

In order to even the workload, Brad and Andrew performed split shifts of 14 hours each where they would overlap by 2 hours to discuss any updates with the business.

They did this so that Betty was constantly running, maximising the time she had to cut each piece. With Betty working so much more efficiently than any laser cutter before her, and still struggling to keep up, it was impossible to imagine a time where producing 600 sample boxes would have been achievable.

Many sleepless nights later, all 600 boxes were shipped across Australia, and Brad and Andrew could finally relax.

As the months have progressed, our latest milestone came somewhat out of the blue.

One day upon researching Craft Crate’s progress, Andrew surveyed the analytics and found that since August 12, 2019, Craft Crate had sold a little over 40 000 individual items.

Andrew confided in me that he was “really happy about it”, a fact I never could have guessed from the broad grin on his face.

Your support has meant so much during these difficult times.

Our next goal is to reach 100 000 children in centres across Australia, so they have the opportunity to engage with our creations.

We will strive to keep working hard so that when our 3rd birthday rolls around, our community is stronger than ever.